Experience, Vocational activities: 1976 -1979 it was member of the Symphonie of orchestra of Tucuman – as Cellist. 1979 -1980 it was member of the Symphonie of orchestra of Bahia Blanca – as Solocellist (Argentina). 1981 – 1989 it was likewise committed as Solocellist of the Viennese Johann bunch of orchestra (Austria). Since 1989 of regelmäsige concerts as Solocellist. 1987-1990 it directed different orchestras and choirs in Vienna and environment with which it religious music (fairs) as well as stages of works (opera – Operetten) specified. 1991 founders and directors/conductors of the MSG (music Symphonie global) – chamber orchestra Berne: for young musicians to present in order to make for them possible a playing before public as SolistIn and orchestra musician on professional level as well as belonged works and premieres rarely; Concert activity at home and abroad; regular appearances as a guest conductor in Argentina and the USA. At present it directs also two mixed choirs of the region Berne and Fribourg. 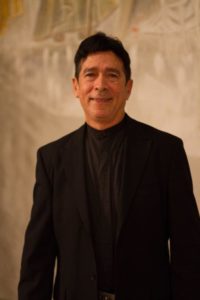